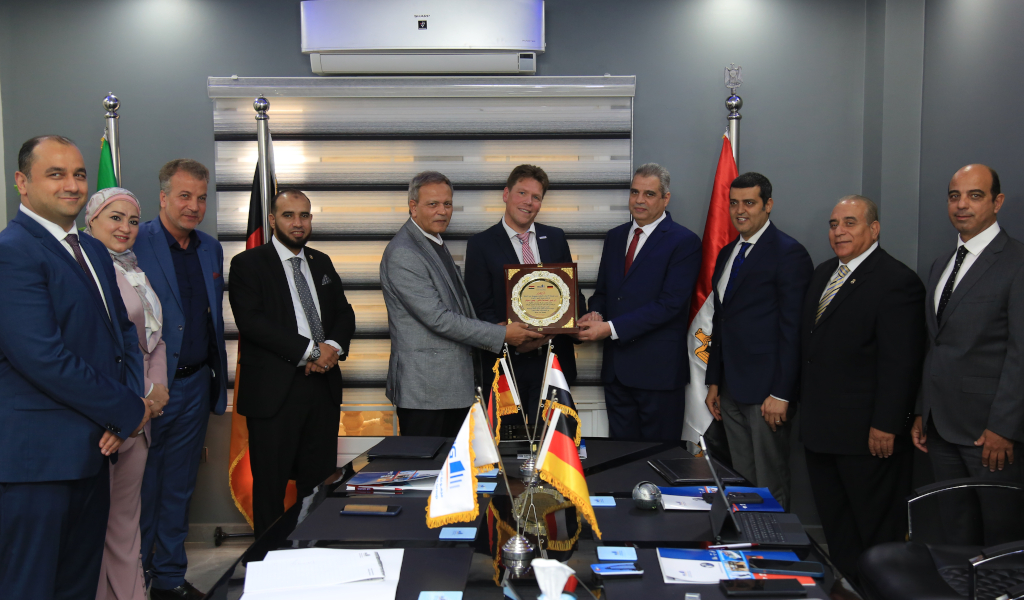 In December 2020, the Chairman of the Board of Bodo Möller Chemie Group, Frank Haug, received in Cairo an award from the Egyptian State from Hussain El Sisi, brother of acting Egyptian President Abd al-Fattah as-Sisi, for supporting the implementation of large projects. The mega projects, a large-scale series of construction projects for building new cities and infrastructure in Egypt, include the construction of the New Administration Capital (NAC) to alleviate the burden of Cairo, the heavily populated capital, as well as infrastructure projects such as railways and several airports, among other things. The billion dollar projects are also an objective of Egypt Vision 2030, a strategy passed in 2016. The New Administration Capital alone covers an area of 270 square miles (700 square kilometers) and has been conceived for 6 million inhabitants. Hussain El Sisi held the laudatory speech to honor the German industrial partner, which has been distributing specialty chemicals in Egypt for years and operates an own production facility. Other guests of honor were Mostafa Ghoraib and Ahmed Helmy of the Business & Investment Group BIG as well as the managing director of Bodo Möller Chemie Egypt, Yehia Desouky.

Bodo Möller Chemie supplies Huntsman, Dow and BASF products as well as the corresponding specialized know-how for their use. The portfolio includes coatings for wastewater treatment plants and adhesives for sewage system pipes as well as for the growing chemical, oil and gas sector. Egypt is actively implementing smart city projects and aims for the fast expansion of the 5G mobile communication standard. As a result of this, the country plays a leading role in the African and Arab world and for this purpose draws on the know-how and portfolio of electrical adhesives and casting compounds of Bodo Möller Chemie. “The market and demand in Egypt are continuously growing, outstanding projects are being planned and implemented. In addition to the right products, the application know-how is an important criterion. We have been offering both for years and are a valuable partner – and are therefore especially delighted about this official award from the Egyptian State,” says Frank Haug, Chairman of the Board of Bodo Möller Chemie Group. The long-standing relationship to leading manufacturers is likewise an important criterion for the trust that Bodo Möller Chemie customers and partners have in the company.

Egypt is a member of the African Continental Free Trade Area (AfCFTA) that includes 54 countries for opening up a gate for exports to Africa. The Bodo Möller Chemie Group is already present in several South African locations and supplies the North African market from Egypt, where it operates its own plant. In Egypt, the chemical company operates its own factory facility in Sadat City for the production of solvent-based epoxy resins, polyurethanes, packaging fillers and water-based systems, as well as modern laboratories equipped to ISO standards and sales offices in Alexandria and Cairo. As an additional service for industrial users, Bodo Möller Chemie offers mechanical and chemical tests of finished products, among them impact tests, tensile and shear strength tests, as well as pressure and scratch resistance tests. The quality management of the continuously enlarged production facility has been certified according to the European ISO and EHS standards (ISO 9001, ISO 14001 and ISO 45001). 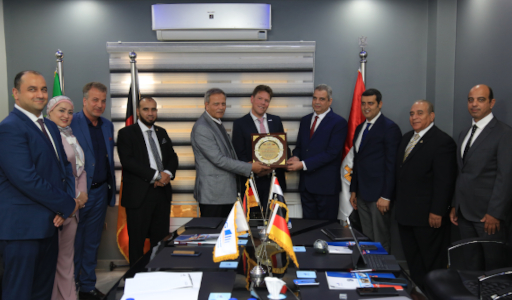 Exclusive insight into the Henkel Inspiration Center in Düsseldorf – February 22 and 23, 2023

Chemistry specialist with extensive strategy for more digitalization and efficiency